Voices from Syria − What We Want is Freedom: A Member of White Helmets from Aleppo

On 23rd of December 2016, an event “Syria, The Lives living in-between War and Love: Film Screening of Silvered Water, Syria Self-Portrait and Panel Talks with Experts” was held in Tokyo.
A member of White Helmets, Mr. Ismail Alabdullah, expressed his feeling, thoughts, and hopes via Skype from Aleppo which was JUST fallen by the government forces. The message explains how the military mission carried by the troops in Eastern Aleppo was inhumane and innocent civilians were killed. And still, numerous civilians are facing terrible suffering today.
The message was towards people in Japan. However, I believe his words will be a wake-up call for every one of us in today’s world somehow.

Here is the whole description of the message delivered by Mr. Alabdullah 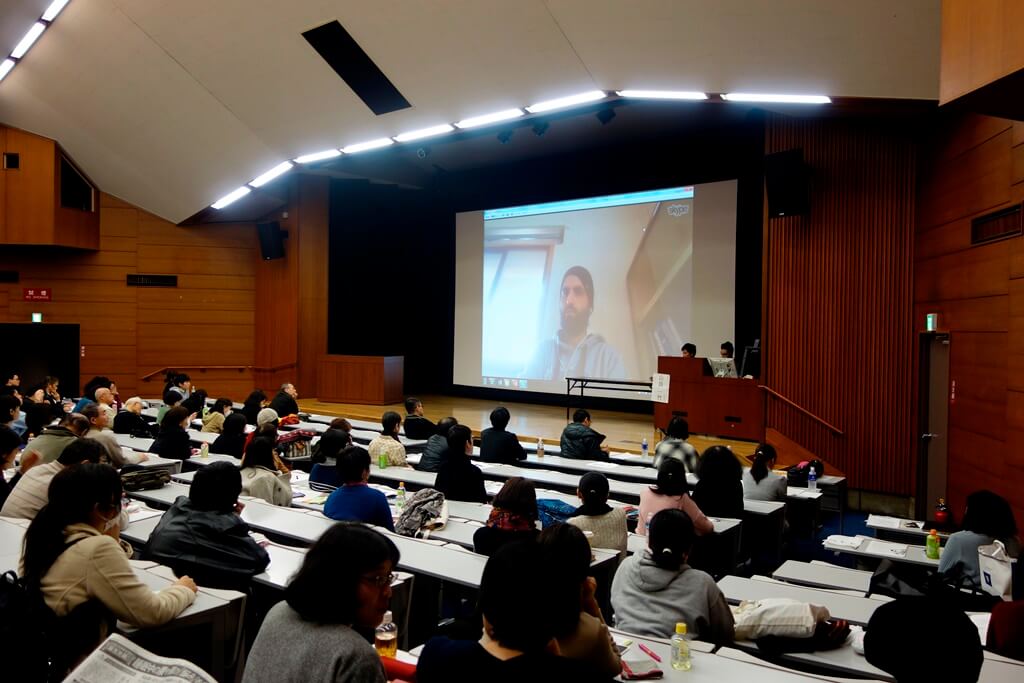 I am now on the western side of Aleppo. We were forcibly displaced to the western side of Aleppo from the eastern side after being bombed intensively and the 15-days of siege that followed. The situation was indescribable. Because people were suffering from hunger and lack of medicines, hospitals and humanitarian organizations: nothing was there to help wounded people. The siege of Aleppo started three months ago. There are still people staying in the blockade who cannot move, such as elder adults, orphans, disabled persons, and few soldiers of Free Syrian Army (FSA).
Besides this desperate situation, the government side forces have used chemical weapons which are internationally prohibited. These bombardments had been destroying all types of buildings to make it impossible for people to live. All sorts of buildings were targeted including buildings that offered basic-needs for people under the siege; nothing left at the end. The eastern side of Aleppo became an absolute place where nobody can live, an absolute place where even animals cannot live because of explosive sounds.
I myself had been locked in the buildings more than 24 hours; I had to move from premises to premises through holes we made on the walls to avoid the airstrikes. I witnessed the snipers of the regime shooting and killing civilians and numerous people under the mountain of rubble. It was so very intensive bombings. I also work as a journalist, but even those journalists could not take any photos or record any videos because of the intense situation. We left more than 20 dead people under the rubble including elder people because the airstrike had not stopped at all.

I warned the media from the first day of the siege that this situation, which I explained now, would inevitably happen; however, nobody listened and reacted. 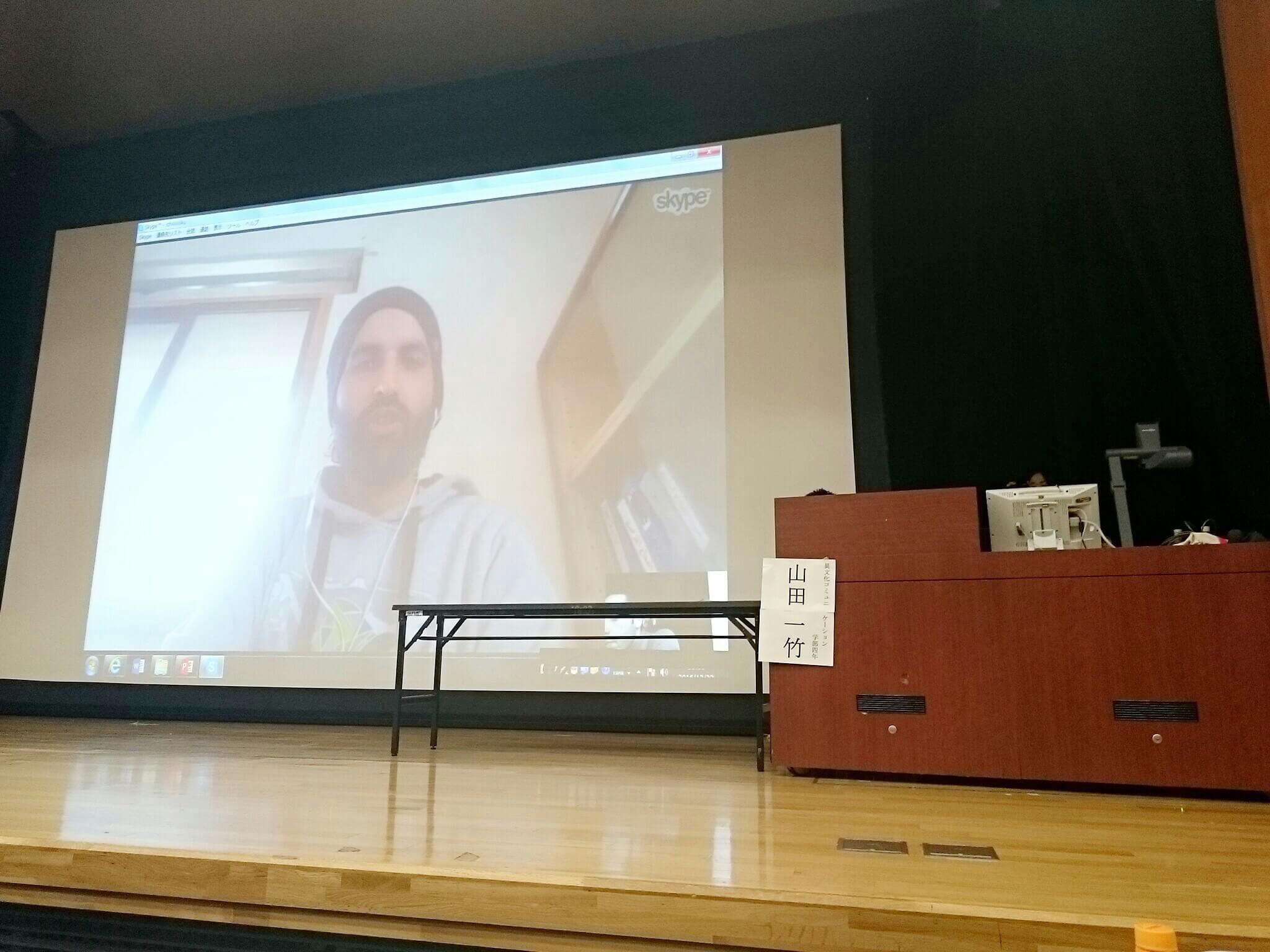 Next, I would like to explain the food situation in Aleppo. Currently (Dec. 2016), only 5 pieces of bread (Markook: flat type of bread) for 5 people in 2 days (only half a piece of bread per person a day) are delivered. Distribution is not organized well. The accurate number of family members would not be considered, for example. Thus, no matter a family has 7 or 10 or 15, it is out of concern in this horrifying situation.
Also, the unsanitary water-conditions is a severe issue. We drink well water without any purification, because, there is no proper gas to boil and electricity available for six months. We cannot boil the well water or use electric filter devices. Under this condition, the number of diseases has risen due to dirking unhygienic water.
Furthermore, with a shortage of medical facilities added to the severe food-condition, it has strengthened the level of catastrophe in Aleppo. All seven hospitals including children’s hospitals were wholly destroyed. Therefore, such inhumane time has continued where we cannot help wounds at all.

What is going on Syria, the catastrophe, is a result of the decision we made, and the reaction of the regime, and indifference of international community. The revolution demanded freedom and dignity to be human in 2011. Every person in the world and the United Nations know this frightful situation, and though they also know the fact that numerous people are killed every single day, they just count numbers. Each government is sitting and surrounding Russia and China in conference rooms and both of which continuously exercise the power of veto on the Security Council. The function of the international society has completely suspended. Their hands are in the blood of killed people and children of Syria.

I would like to ask you all, how long this massacre will be going on? I would like to call for people in Japan, and especially the Japanese government to take responsibilities on this issue more than any other states. Particularly, prosecutions of war criminals such as the Assad regime and Russian side. Indeed, the Assad regime which killed tens of hundreds of civilians who were participating in peaceful demonstrations must be prosecuted.

Lastly, I would like to insist that we are not demanding food or money, but we are just requesting freedom. Freedom: talking what we think without fear, like what I and also you do here. We want freedom.
We want to see Syria where we can enjoy the right of freedom of expression like in Japan. As Japan did in the past, we want to end this war, and we want to rebuild Syria one day not so far in the future.

Based on a speech delivered by Mr. Alabdullah on 23rd December 2016
Translated by  Yasser Jamal Al Deen and Icchiku Yamada
Edited by Icchiku Yamada and Hiroaki Matsushita